See your screenshots in your favorite RSS reader

We have added a new App: RSS. Unlike the other Apps, it does not store your screenshots on your own cloud but offers an alternative to e-mail to visualize and share your web captures.

To start generating your RSS feed(s), follow these steps:

The left menu has a new entry for Apps. There, you will see all the Apps that you create. Click on Add an App.

Enter a name for your RSS App. This will be your RSS feed title. Choose RSS as the type.

That’s it! The page shows you the URL of your feed. The same URL is also displayed in the list of Apps.

Every time a capture is done, it will be added to the RSS feed(s) you defined.

Add the feed to your favorite RSS reader

Take the URL of your RSS feed from the list of Apps and add it to your favorite RSS reader. The feed is built as follows: 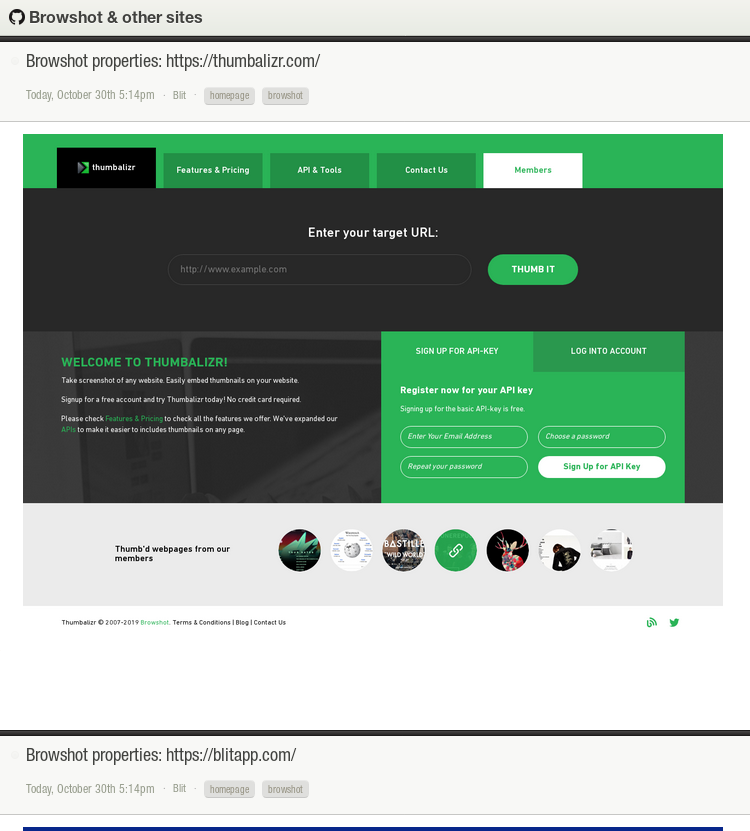 You can add multiple captures to the same feed or create different feeds for different captures.